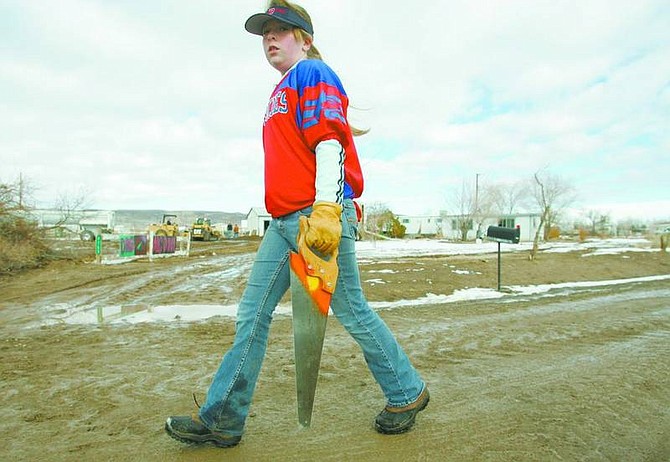 BRAD HORN/Nevada Appeal Kassidy Kreins, 10, of Reno, assists on the set of &quot;Extreme Makeover: Home Edition&quot; at 8755 Cimarron Trail in Stagecoach on Saturday. The Boettcher Family has been chosen for a makeover by the popular ABC show.