Ron Paul draws a crowd during visit to Comma Coffee 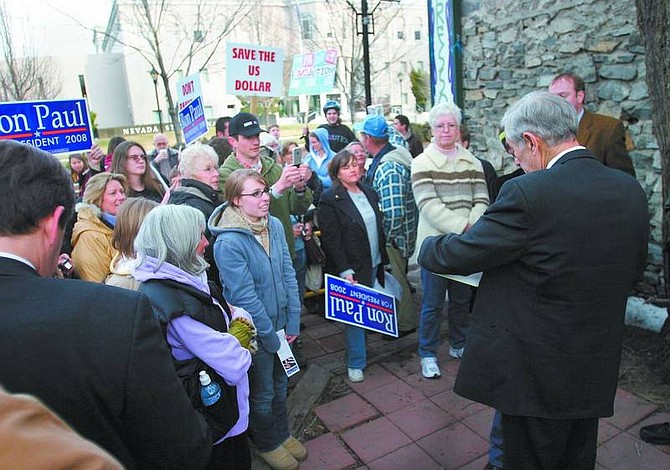 Amy Lisenbe/Nevada Appeal Dr. Ron Paul, the Republican congressman from Lake Jackson, Texas, signs a book outside at Comma Coffee on Monday afternoon during a campaign stop in Carson City as supporters wait their turn to meet him. Paul is seeking the nomination for president.