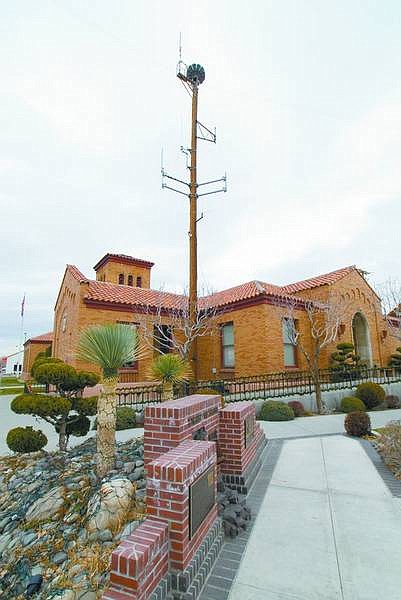 Kim Lamb/Nevada Appeal News Service The cluster of sirens, which serve as the fire alarm and the noon whistle, sit atop a pole outside the south side of City Hall. The noon whistle, a daily test for the fire alarm, has been sounding in Fallon since 1948 and was upgraded in 1972 with a bigger, louder system.