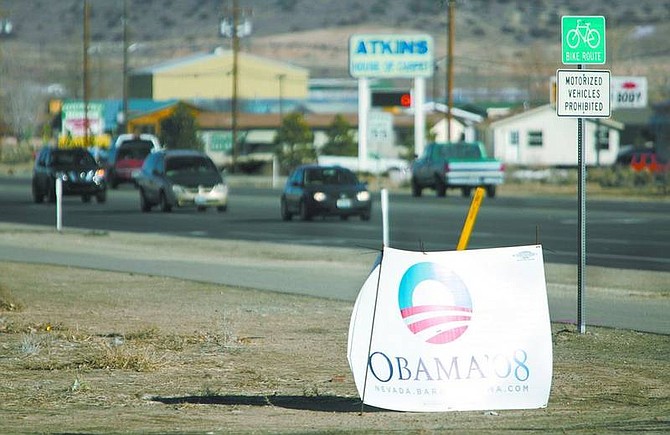 Cathleen Allison/Nevada Appeal Campaign signs are beginning to appear around town. Local ordinance prohibit signs from being affixed to trees, shrubs, traffic control signs or support structures, utility poles, or any structure within the public right of way.