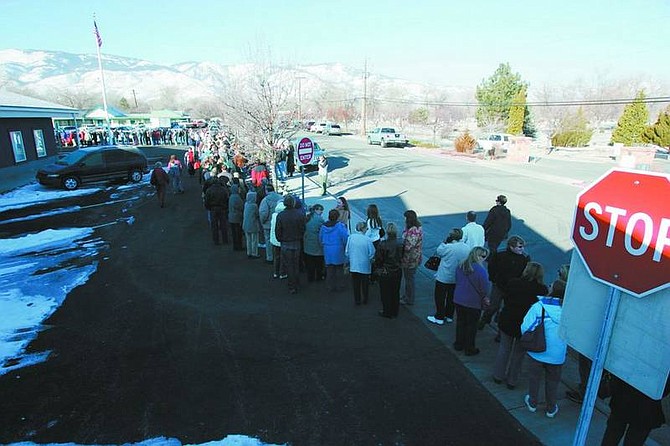 BRAD HORN/Nevada Appeal The line for the Republican Caucus at the Carson City Senior Citizens Center extended past the entrance to their new building on Saturday.