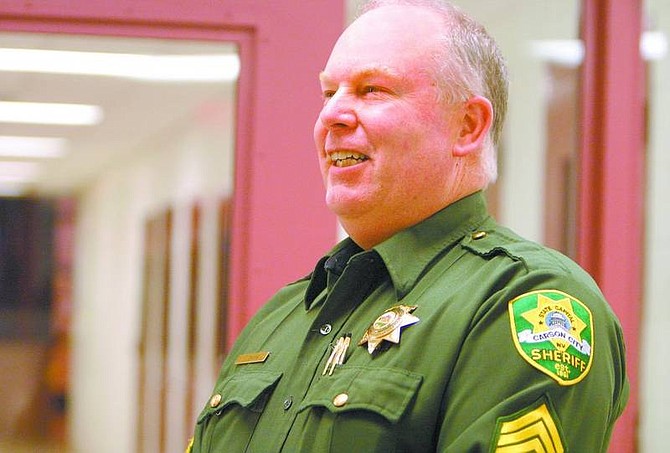 Amy Lisenbe/Nevada Appeal Carson City Jail Sgt. Kurt Davis at the jail on Monday afternoon. Davis is retiring from the department after 29 years of service.