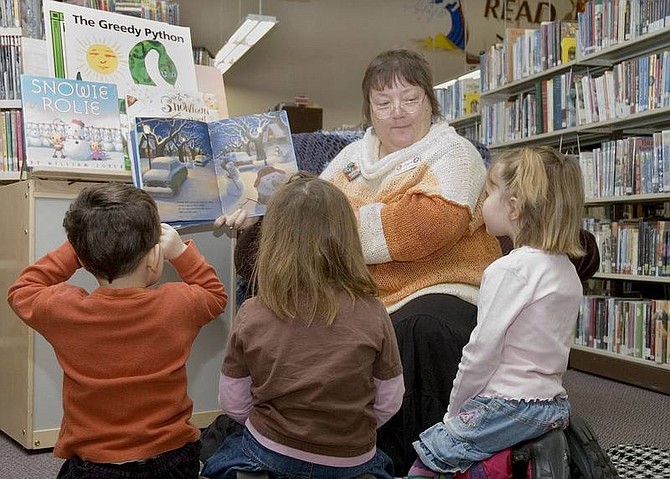 Christy Lattin/Nevada Appeal News Service Joyce Betts, the children&#039;s librarian at the Churchill County Public Library, reads a book to a small group of kids during story time. Enjoying the story, from left to right, are Brenton Baker, 3, Laura Smith, 4, and Lily Johnson, 5.