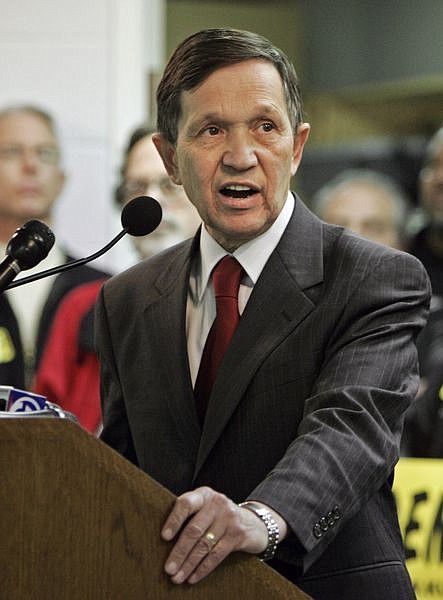 ** FILE ** U.S. Rep. Dennis Kucinich announces he will seek re-election to Congress at the Laborers International Union hall in Cleveland in this Jan. 9, 2008 file photo. Kucinich plans to announce Friday, Jan. 25, 2008, he will abandon his campaign for the Democratic Presidential nomination to concentrate on his 10th Ohio Congressional run. (AP Photo/Mark Duncan)