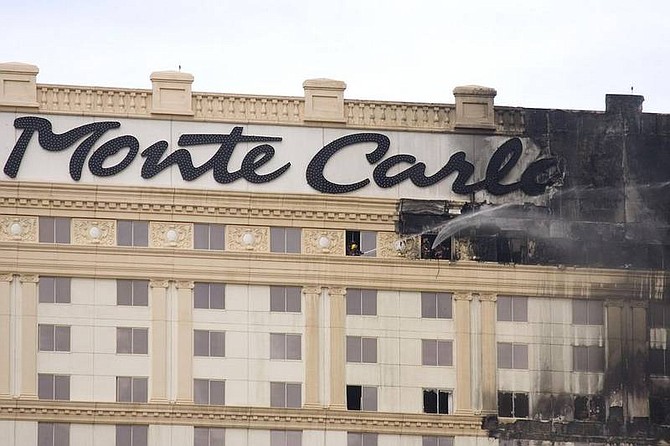 AP Photo/Eric JamisonThe Monte Carlo hotel-casino shows serious damage after a fire is nearly put out Friday in Las Vegas. The fire, which was reported around 11 a.m., spread from the center section of the hotel across the roof before appearing to ease about an hour later.