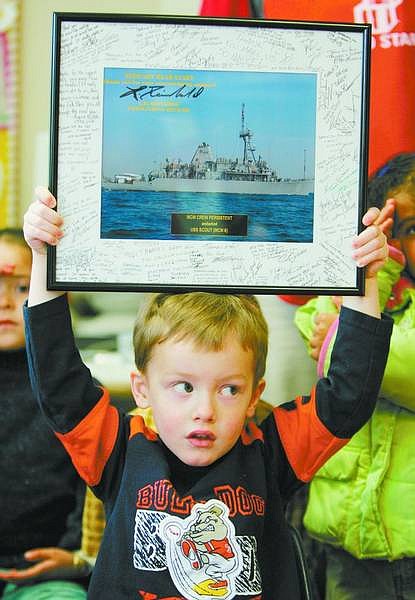 BRAD HORN/Nevada Appeal Auryn Deem, 4, displays a picture of the USS Scout that is signed by the crew at the Head Start school in Carson City on Friday. Deem and the rest of his classmates have been corresponding with the crew for the past two years.