Agencies train to deal with avalanche search and rescues 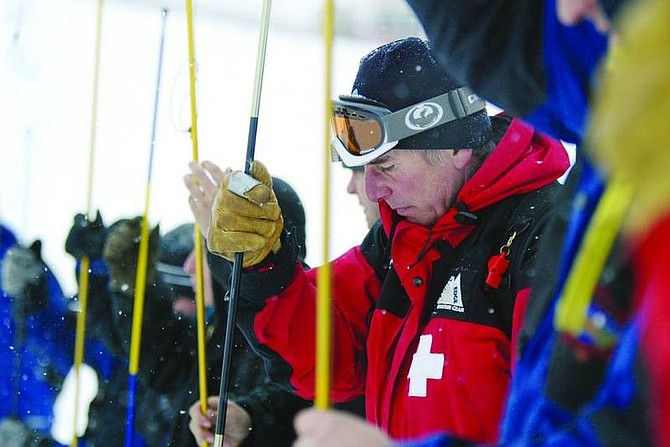 Jen Schmidt/Nevada Appeal nEws Service Diamond Peak ski patrollers push avalanche probes into the snow during an search and rescue drill Friday afternoon at Sheeps Flat. The technique is called a probe line, which advances a step at a time, systematically probing the snow with special poles to pinpoint the exact location of an avalanche victim.