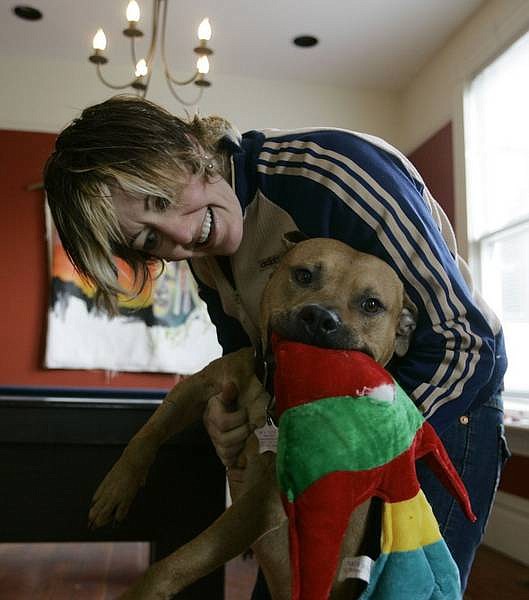 Eric Risberg/Associated Press Leslie Nuccio with Hector, a pit bull that was seized from Michael Vick&#039;s property, is seen at her home in the San Francisco Bay area Wednesday.