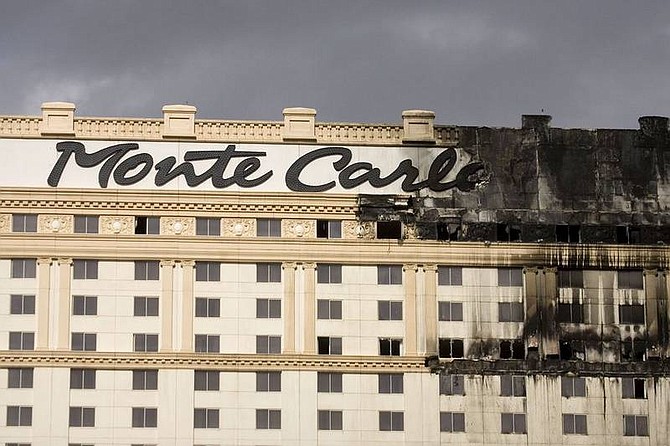 Eric Jamison/AP photoFire damage is shown on the facade of the Monte Carlo hotel and casino in Las Vegas on Friday. The fire broke out on the roof and quickly spread, forcing guests and employees to flee before firefighters got the upper hand, officials said.