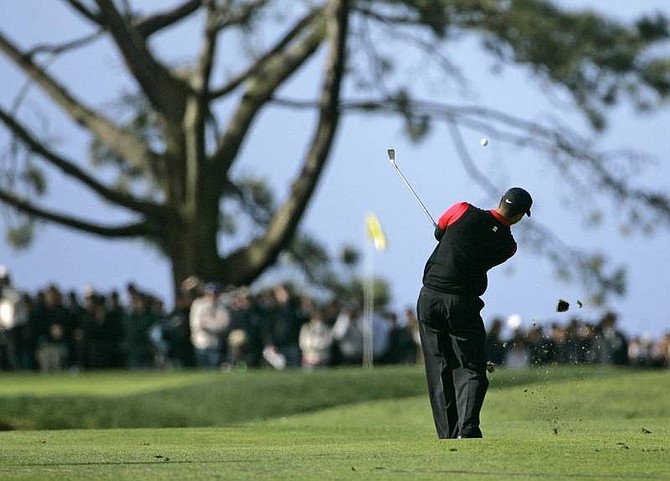 Lenny Ignelzi/Associated Press Tiger Woods hits his second shot on the first hole of South Course at Torrey Pines during the final round of the Buick Invitational golf tournament Sunday, in San Diego. Woods birdied the hole. Asscoa