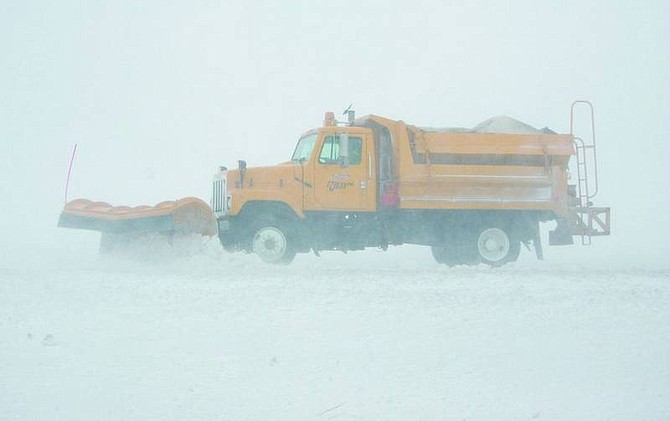 BRAD HORN/Nevada Appeal A Nevada Department of Transportation snowplow moves snow in Washoe Valley on Thursday. Winds between 10-15 mph are expected to continue through Sunday in Northern Nevada along with the chance of snow through the weekend.