Carson grad on 'millionaire' with fiance 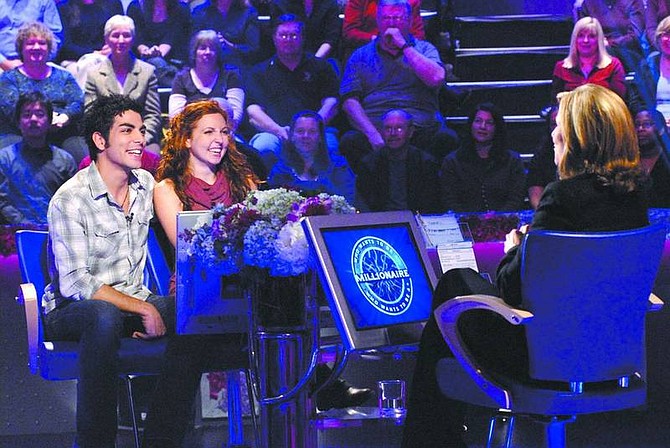 Photo courtesy of Valleycrest Productions Ltd. Engaged couple Nick Aliberti, left, and Sierra Scott, center, are shown during a taping of &quot;Wedding Week&quot; on Who Wants to be a Millionaire. Scott, from Carson City, and Aliberti will be on Monday and Tuesday&#039;s shows, airing at 7 p.m. on ABC.