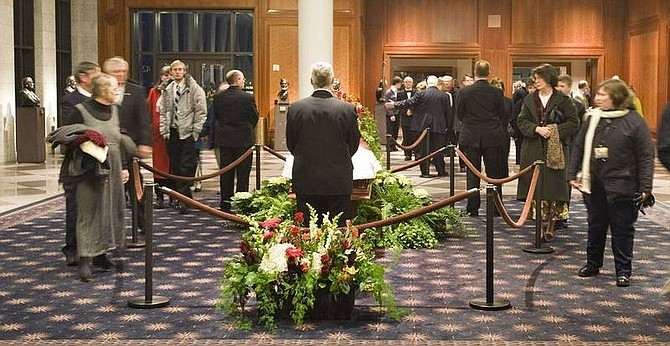 Photo provided to the Associated PressIn this photo released by The Church of Jesus Christ of Latter-day Saints, church employees pay their respects to Gordon B. Hinckley, president of Mormon church on Thursday in Salt Lake City. Hinckley died Sunday. He was 97.