The art of embalming 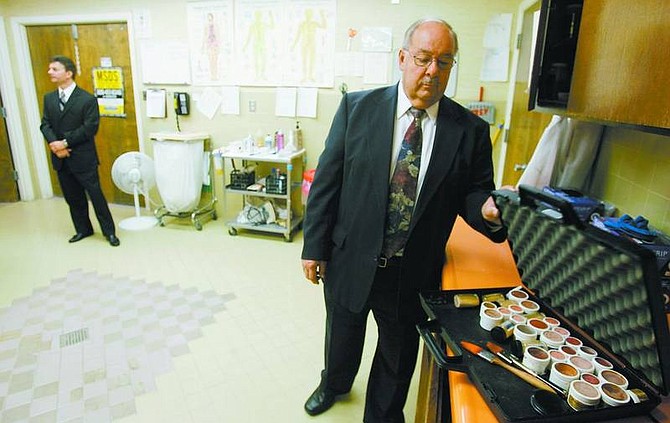 BRAD HORN/Nevada Appeal Lewis Noel closes a cosmetic case in the preparation room at Walton&#039;s Chapel of the Valley.