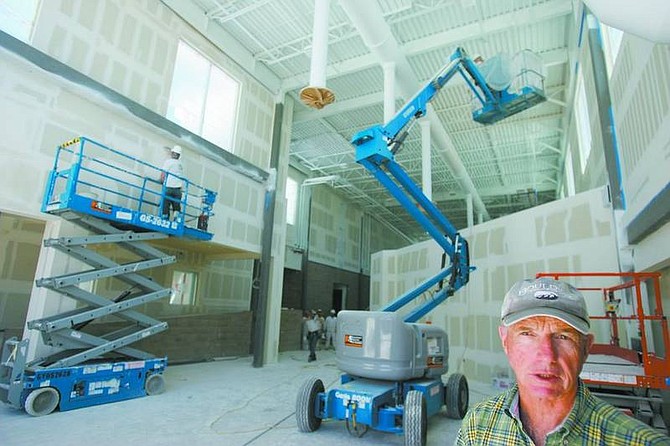 BRAD HORN/Nevada Appeal Carson City School District director of operations Mike Mitchell stands in a section of Carson Middle School, which is being renovated in time for the upcoming school year.