With 39 pop songs, you can't go wrong with 'Smokey Joe' 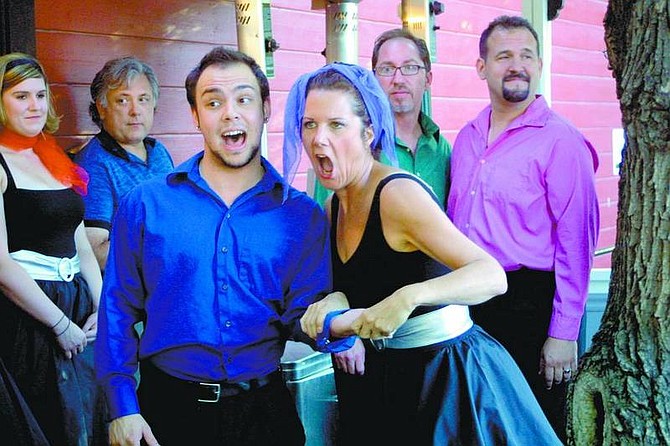 Photos by Sam Bauman/Nevada AppealDomenic Procaccino and Karen Chandler sing out while the rest of the show, from left, Andie Anderson, director Tony DeGeiso, Steve Myer and Rich Garret stand by.