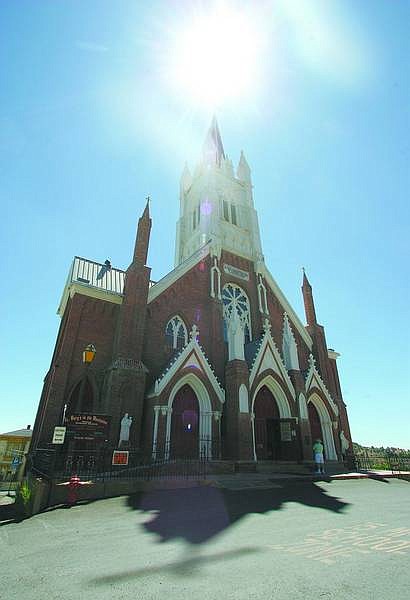 BRAD HORN/Nevada Appeal St. Mary in the Mountains on the corner of F and Taylor streets in Virginia City is seen on Friday. The historic church will close as soon as next month for up to nine months while being restored.