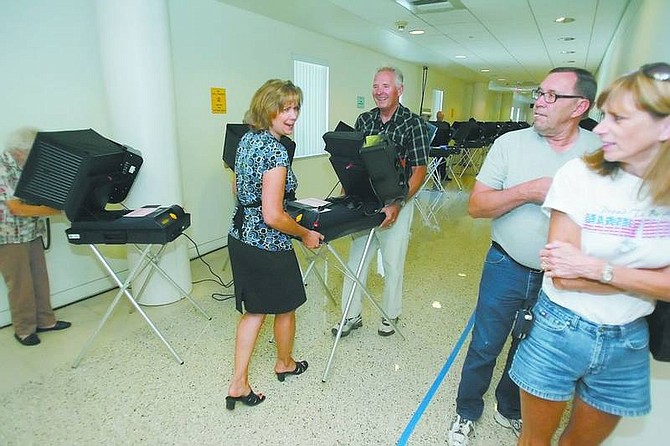 BRAD HORN/Nevada Appeal Sue Merriwether, chief deputy clerk, and Bob Sanders carry a voting machine with a broken screen, from the voting area at the Clerk-Treasurer&#039;s office on Saturday morning during early voting in Carson City.