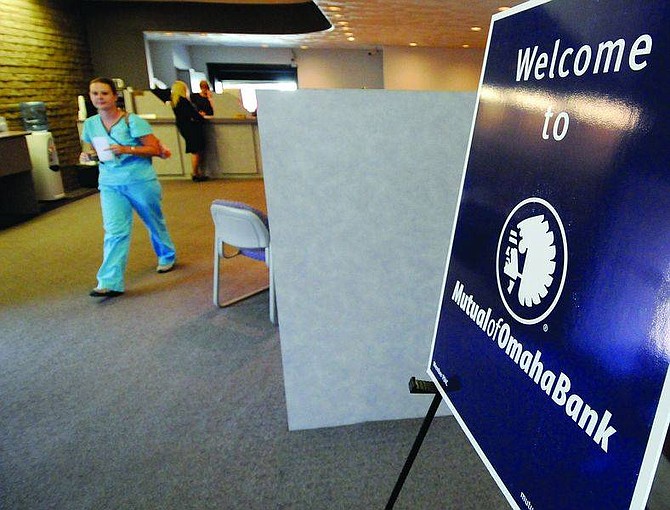 Kevin Clifford/Nevada AppealKimberly Gibson of Dayton leaves after making a deposit Monday afternoon during the first day of the new Mutual of Omaha Bank in Carson City after the 1st National Bank of Nevada was sold to Mutual last Friday.