Enrollment steady at college despite cuts 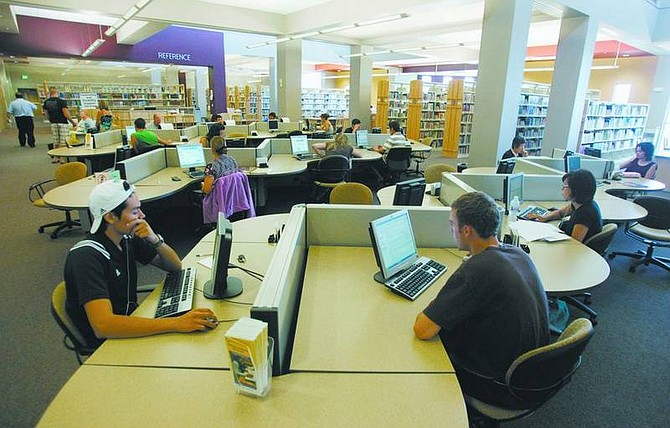 BRAD HORN/Nevada Appeal Students study in the computer lab at the Joe Dini Library on Wednesday. Despite budget cuts, enrollment projections appear to be on pace with last year.