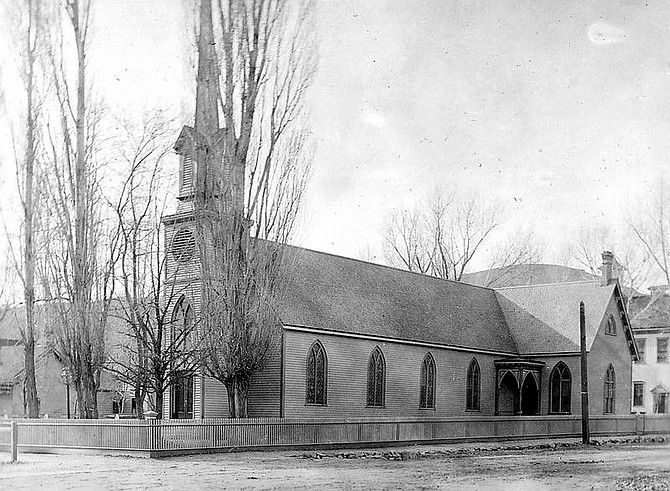 Charles Lynch album/Special Collections,University of Nevada St. Peter&#039;s Episcopal Church is seen in this photo. The picture is dated around 1903.