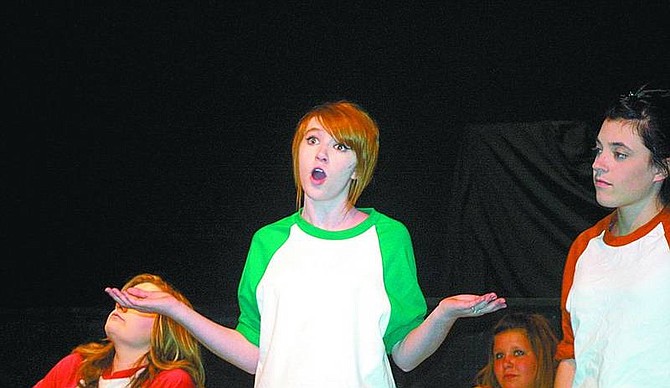 Sam Bauman/Nevada AppealMelody Ricketts is at a loss during a scene from &quot;All I Really Need to Know I Learned in Kindergarten.&quot;