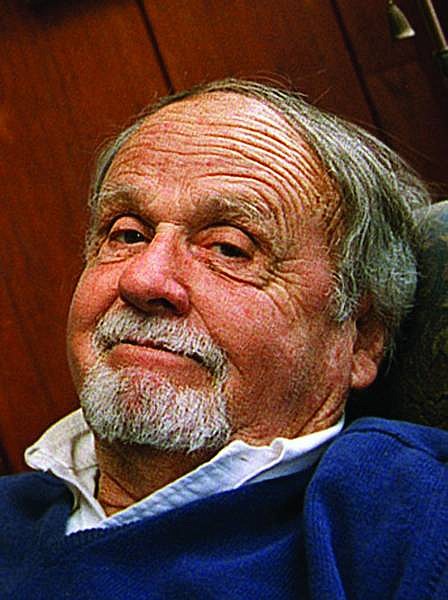 Author Oakley Hall has just written his latest murder mystery and is relaxing in his San Francisco, Calif. home after returning from his home in Squaw Valley, Calif. He lives half of the year in the mountains and the other half of the year in his SF home. Photo by Liz Hafalia /The Chronicle