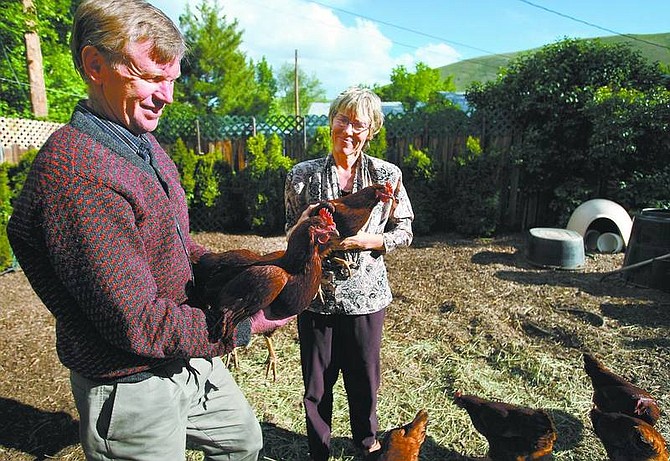 Cathleen Allison/Nevada Appeal Pete Hansell and his wife Barbara Howe talk Tuesday afternoon about the seven Rhode Island red hens they have at their West Carson City home. Hansell, who is running for mayor, wants to fight the ordinance restricting chickens in residential neighborhoods.