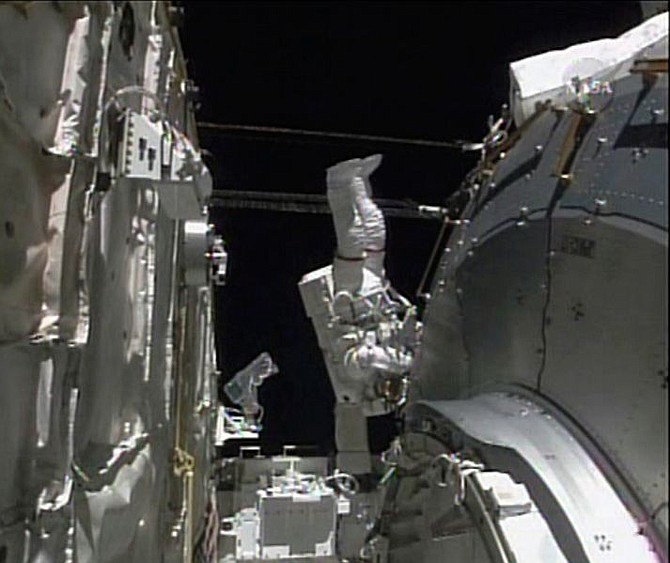 In this image from NASA TV astronaut Ron Garan is seen during a space walk in the payload bay of the shuttle Discovery while he is preping the Kibo lab for installation, Tuesday, June 3,2008. (AP Photo/NASA TV)