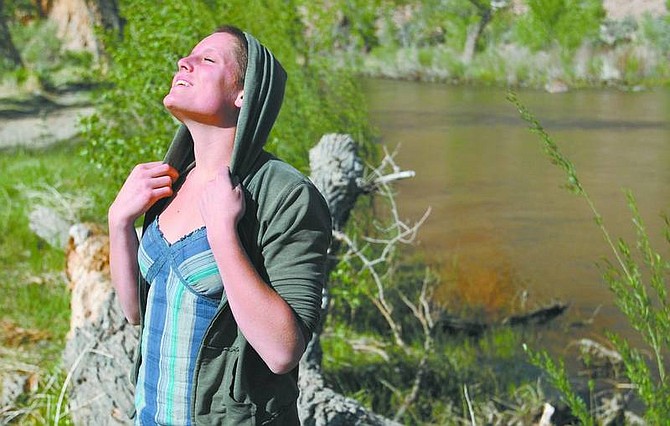 Cathleen Allison/Nevada Appeal Ashley Standridge, who once lived along the Carson River and in local motels, is set to graduate from Carson High School today. She will report to basic training for the Army in July.