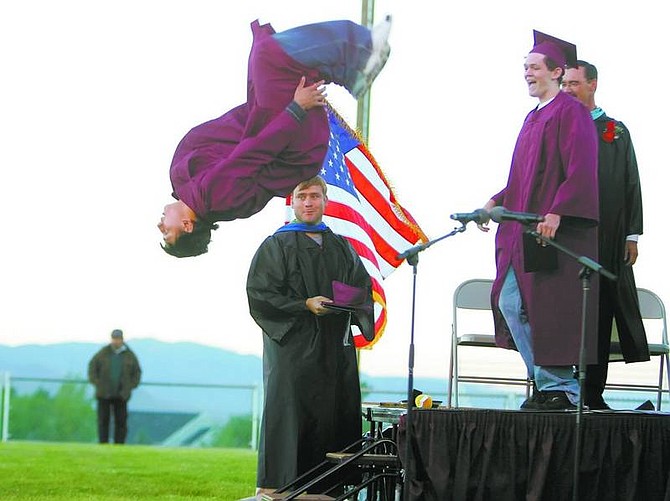 BRAD HORN/Nevada Appeal Dayton&#039;s Justin Benitez does a backflip after receiving his diploma while his basketball coach T.W. Cunningham, in front of flag, watches on Thursday.