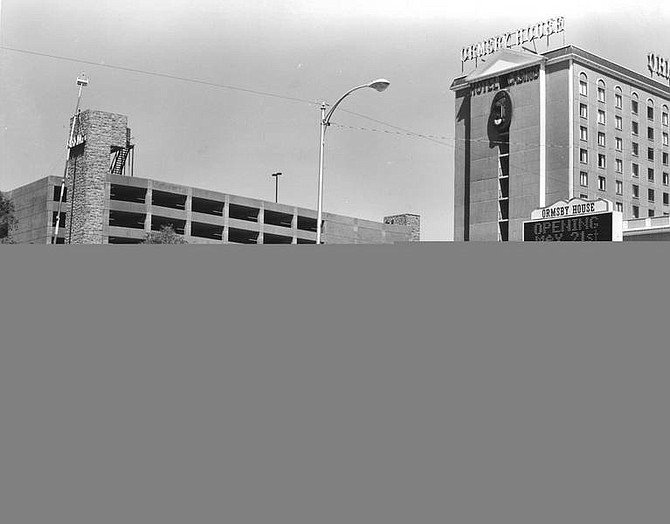 Photo courtesy of the Nevada State Museum. Construction of the parking garage in 1986.