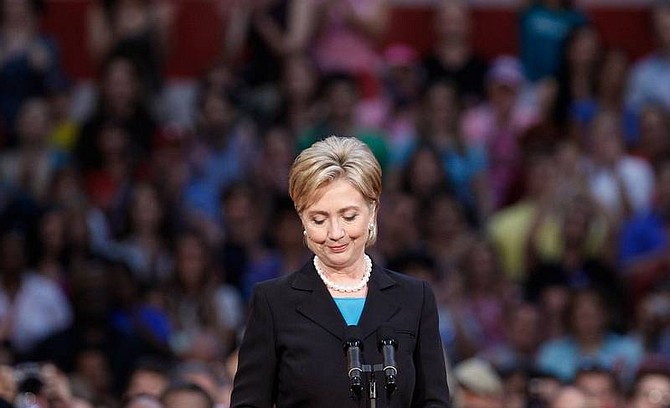 Ron Edmonds/Associated Press Sen. Hillary Rodham Clinton, D-N.Y., pauses as she is applauded at the National Building Museum in Washington on Saturday where she suspended her campaign for president.