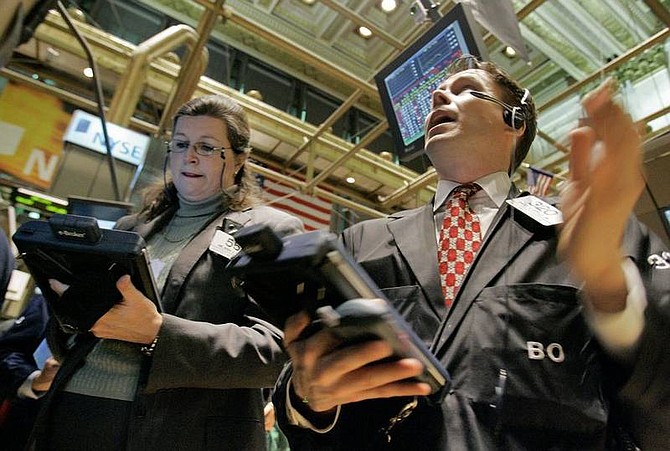 AP Photo/Richard DrewTraders Milissa Martin and Bruce Doyle work on the floor of the New York Stock Exchange on Friday. Stocks bounced around Friday after the government&#039;s much-anticipated February employment report came in weaker than expected and after the Federal Reserve announced steps to aid the credit markets.