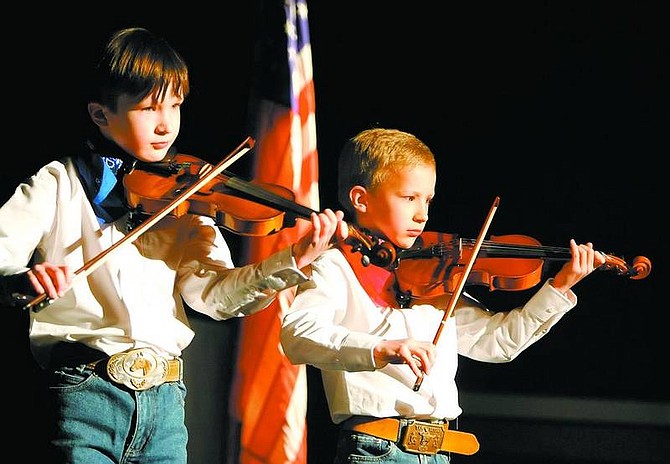 BRAD HORN/Nevada Appeal Connor and Tobin McCrae play the national anthem at the start of the Cowboy Jubilee at the Carson City Community Center on Saturday.