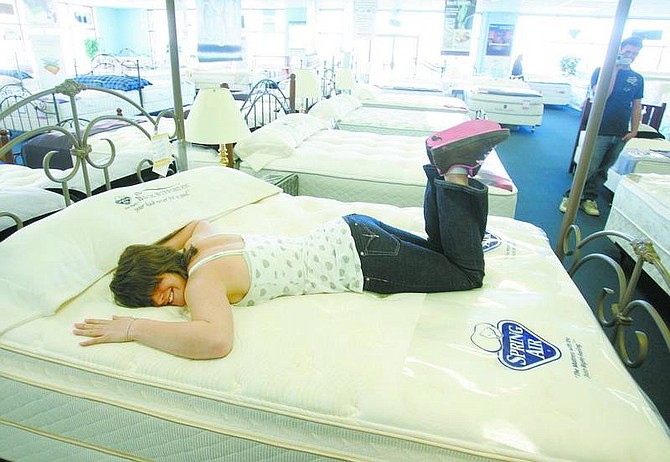 BRAD HORN/Nevada Appeal Katie Estes gets comfortable on her new mattress at Mattress Land in Carson City during her Make-A-Wish shopping spree on Saturday.