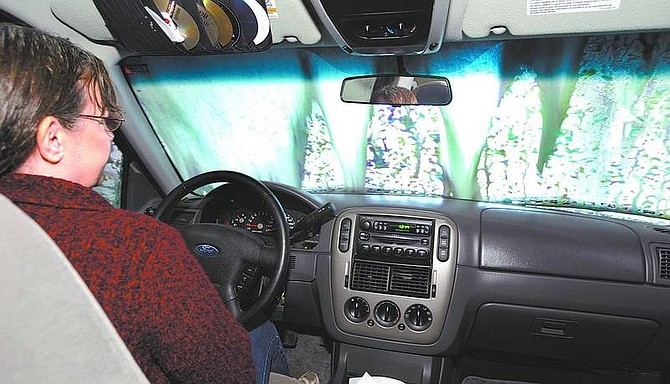 Dan Thrift / Nevada Appeal NEws Service Robina Crockett, visiting from Weaverville, takes her Ford Explorer through the Fox Gasoline car wash in South Lake Tahoe, where the used water is treated to protect lake clarity. Crockett was in town for the birth of her granddaughter and was cleaning her SUV on Saturday to take the newborn and four generations of female Crocketts to get a family portrait taken. &quot;I can&#039;t take them down to Carson in a dirty car,&quot; she said.