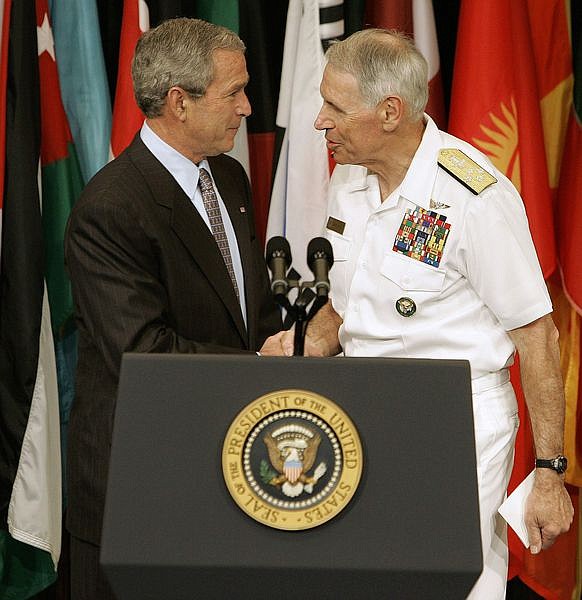 ** FILE ** President Bush shakes hands with head of the U.S. Central command, Navy Admiral William J. Fallon before a speech to coalition forces during a visit to the U.S. Central Command at MacDill Air Force Base in Tampa, Fla. in this May 1, 2007 file photo. Defense Secretary Robert Gates announced Tuesday, March 11, 2008, that Fallon is resigning. (AP Photo/Chris O&#039;Meara, File)