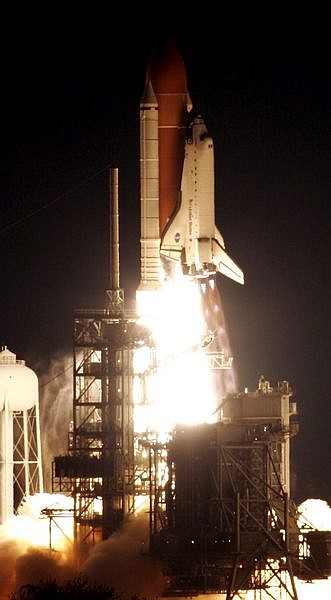 Space shuttle Endeavour lifts off from pad 39A at the Kennedy Space Center, Fla., Tuesday. Endeavour&#039;s seven-man crew will deliver the first section of Japan&#039;s lab and Canada&#039;s two-armed robotic system to the International Space Station.