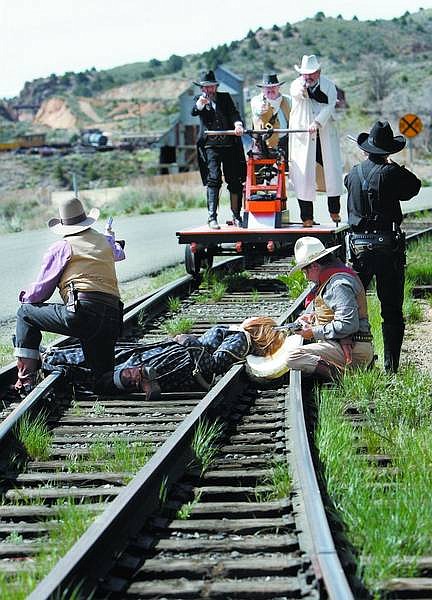 File Photo/Nevada Appeal Members of The Comstock Living Legends re-enacted a shootout scenario with good guys and bad guys and a damsel in distress, tied to the train tracks last year. The re-enactment was created for the Nevada Passage Handcar Races held on the V&amp;T tracks in Virginia City.