Silver Springs to get a new fire station 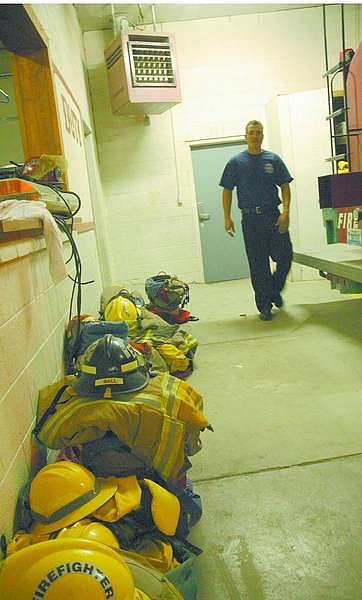 Nevada Appeal File Photo In this photo from 2006, volunteer firefighter Danial St. Clair walks past fire gear in the Silver Springs Volunteer Fire Station. A new station should be ready to be moved into by November.