Riverview's family learning night offers something for everyone 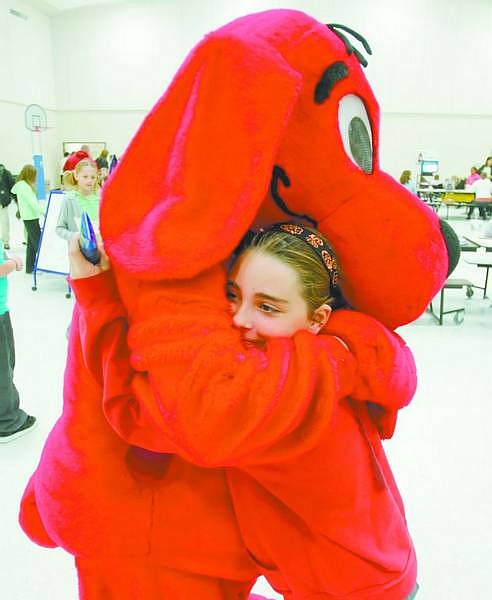 BRAD HORN/Nevada Appeal Stella Taylor, 9, a fourth-grade student at Riverview Elementary School in Dayton, gets a hug from Clifford at the school&#039;s Family Learning Night on Thursday.