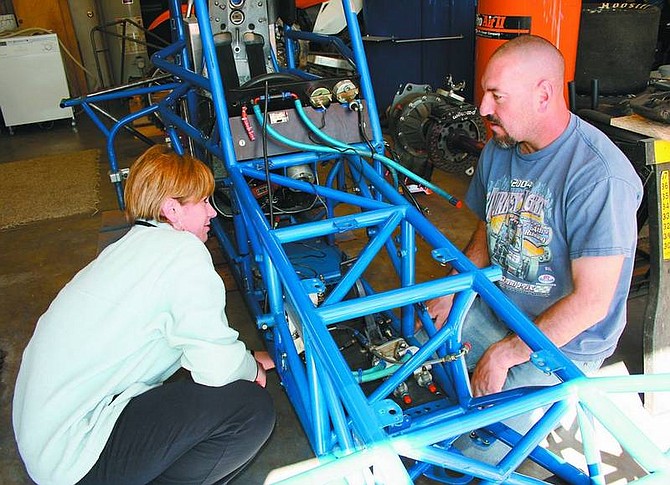 Rhonda Costa-Landers/Nevada Appeal DNA Racing teammates Amy Barnes and Eric Silsby work on the chassis of Silsby&#039;s supermodified racecar recently in preparation for the 2008 Supermodified Racing Association season. Silsby runs the No. 66, Barnes will be in the No. 67.