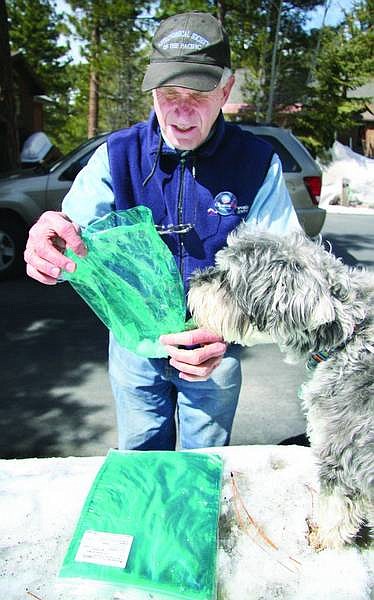 Paul Guttman and dog Smudge examine a snow-filled flushable dog poop bag, which breaks down in minutes with the addition of water. The corn starch-based bag biodegrades quickly in nature, said Guttman, who is working on the project with Madonna Dunbar, IVGID&#039;s resource conservationist. Jen Schmidt/ Nevada Appeal News Service