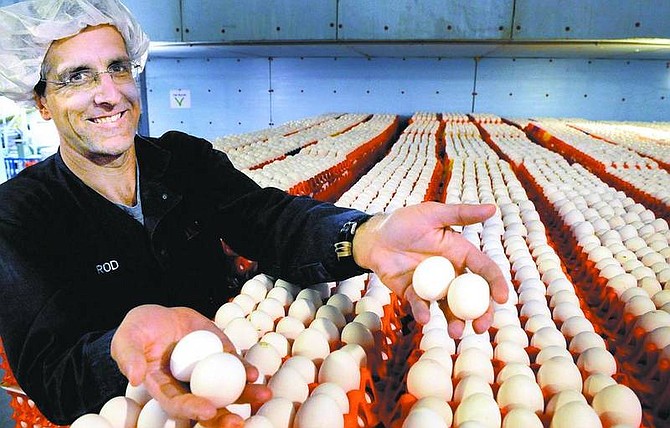 Gerald Martineau/Washington Post At Sunnyside Farms in Westminster, Md., consultant Rod Nissley watches over thousands of eggs. Nationally, the average price of eggs is $2.17 a dozen.