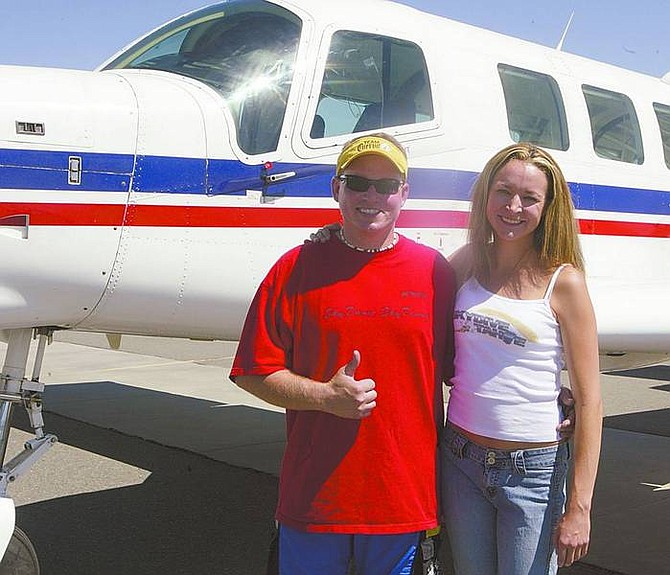 Sarah Hall /Nevada Appeal News Service Co-owners of Skydive Tahoe, Wes Harberts and Aja Niemann, are seen in August soon after opening their skydiving business at Minden-Tahoe Airport in Minden. Harberts died Sunday in a skydiving accident near the airport.