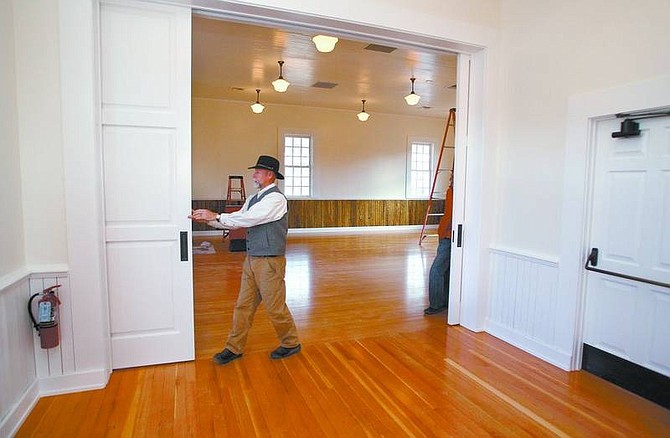 Photos by Cathleen Allison/Nevada Appeal Ron Reno, a local archaeologist, talks Wednesday about the rebuilt Silver City Schoolhouse. The historic community center, which was destroyed by fire in July 2004, has been rebuilt with salvaged materials.