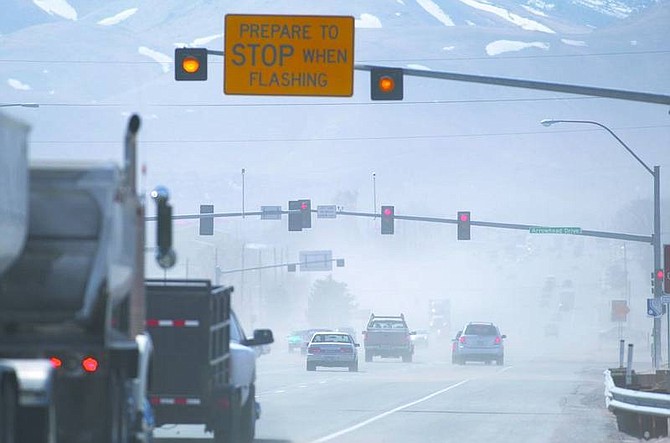 Traffic on Highway 50 East at Arrowhead Drive is seen through the dust and debris kicked up as high winds blew through Northern Nevada on Wednesday. Cathleen Allison/ Nevada Appeal