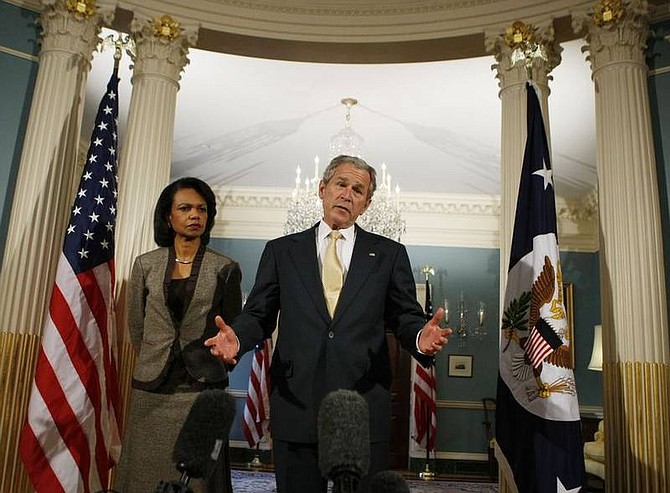 AP Photo/Gerald HerbertPresident Bush, accompanied by Secretary of State Condoleezza Rice, makes a statement at the State Department in Washington.