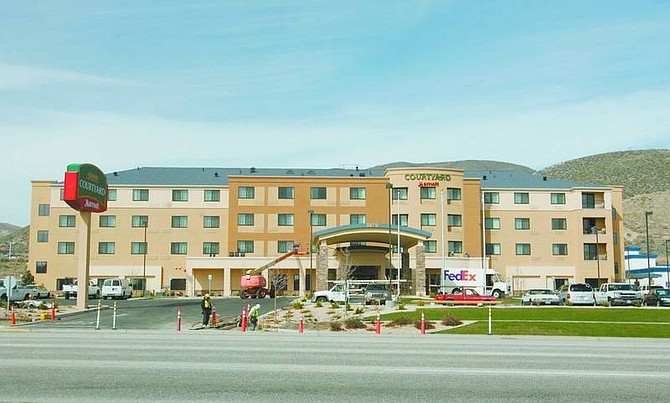 BRAD HORN/Nevada Appeal The $11 million Courtyard by Marriott features 100 rooms with flat screen televisons in each room. The upscale hotel opened on Friday.